Skip to content
Posted inSites for Businesses
Posted by By Staff Reporter September 20, 2022 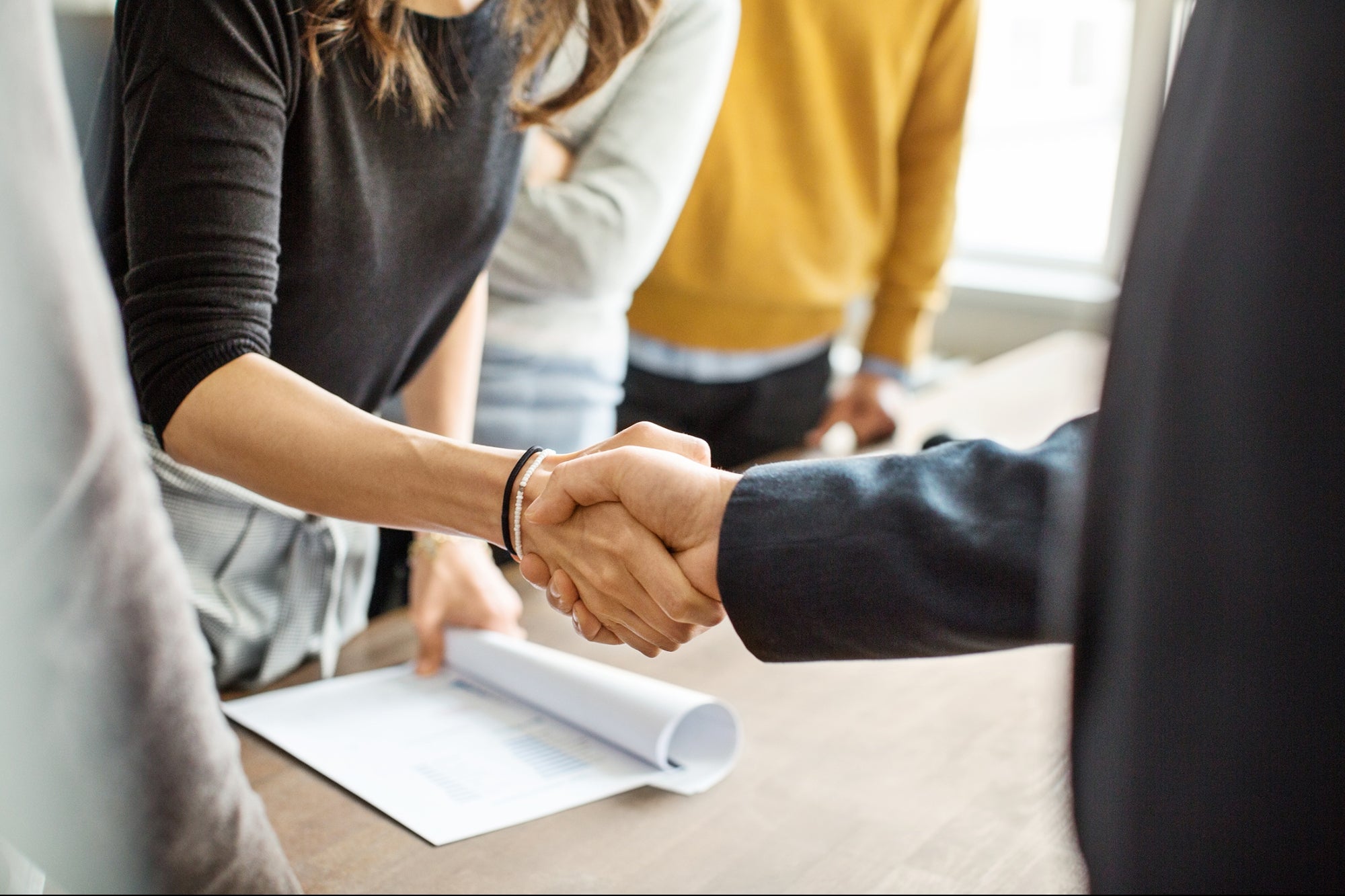 Even if you have only been in business for a limited time, you’ll have recognized that a percentage of leads, referrals and other business comes from your professional network. In fact, if you are a small business owner, no matter the sector or industry, a significant proportion of business likely comes not from marketing and advertising (on or offline), but from the relationships that make up your network.

A BNI.com survey of almost 4,000 participants worldwide found that more than 73% of companies report getting most of their business from “networking and referrals.” That is a compelling statistic, and one of the most important reasons why networking is nothing less than an existential matter. 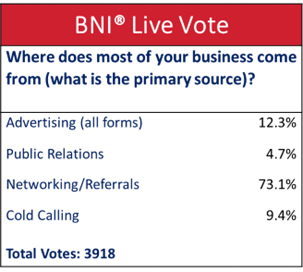 Remarkably, however (and according to that same survey), 87% of people reported that they had never taken a college course that covered networking or word-of-mouth marketing! Forget about a class actually on networking — we’re talking about a course that just discussed the topic. Most people get business from networking, yet most have never been taught how to do it. And this dynamic is largely irrespective of age; far too many business students are nearly completely unaware of how crucial networking will be to their future success. 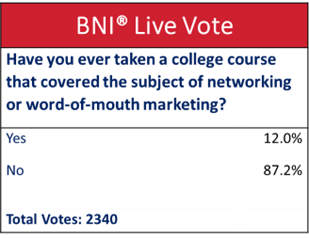 This is disturbing on many levels, and may very well be the reason professionals struggle and ultimately go bust. Even among those who have built important relationships, established referral exchanges and have an intact network, there is often more subtle and silent business killer: not fully leveraging that network for optimal growth.

If you belong to any of these categories, you are leaving opportunities on the table, possibly even the ticket to taking your business, career and influence to the next level.

There is a handful of key fundamentals (the Four “C”s) to the process of building a powerful personal network: competence, credibility, clarity and connectivity.

See the Referral Confidence Curve depicted in the graph below, which helps illustrate a key aspect of the networking process — the process of referrals received over time. It should make sense that initially, these happen gradually. After all, there is little to no chance someone will refer you if they don’t know anything about you; it’s not logical to expect otherwise.

The 4 Things Your Customers Really Want 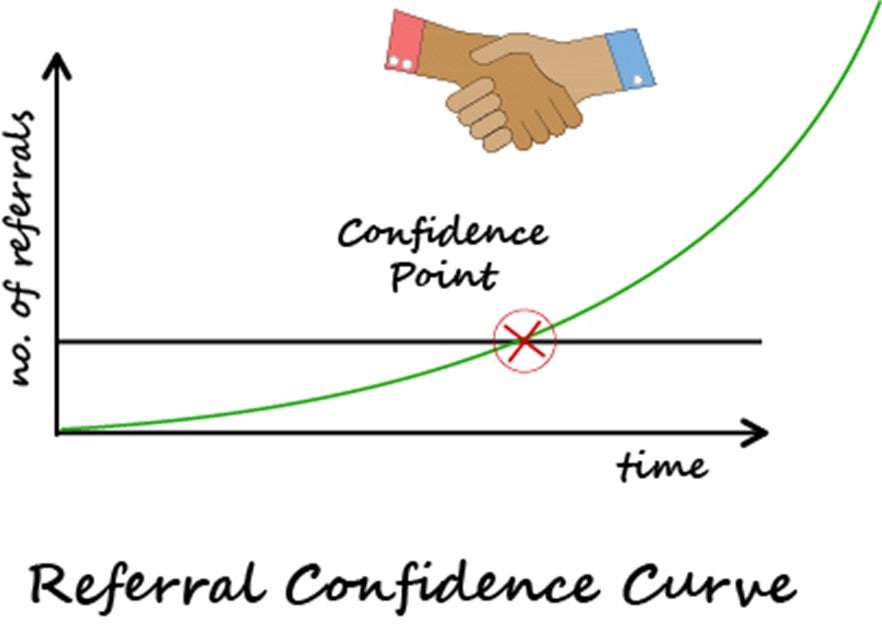 However, everything begins to change when a threshold called “the confidence point” (depicted as the X on the graph) is met. Confidence is established when people recognize your competence in what you do. This point represents a key threshold that, once reached, changes the curve dramatically. As you can see, when those in your network have complete confidence in you, referrals begin to flow in greater proportions.

The Referral Confidence Curve assumes, as a corollary, that when people are not confident in you, your business or service, the result is suppressed referrals. And even if you get some, there’s a reasonable probability that they may be people simply trying out your product or service blindly, and not telling everyone in town about you. But once the confidence threshold is hit, referrals jump. Not only do they increase in quantity, but also in quality — not customers/clients just testing you out with little information, but those who have been referred to you with confidence, which can result in even more high-quality referrals.

This evolution happens when you have clarity about who you are and what you do, while also developing and enhancing connectivity throughout the community. These two qualities, when combined with competence and credibility, become force multipliers.

In summation, if you have established confidence within your network, you can expect a steady stream of high-quality referrals. Just keep in mind that others having confidence in you is critical. In fact, it can make all the difference between a business that struggles or fails and one that thrives.

The Four “C”s are designed to help you gain referrals with every handshake because each increases the speed at which others will have confidence in you. Applied with precision, each has the potential to accelerate the rate at which you achieve that confidence threshold, and climb more dramatically after it is met — further affecting referral quality, quantity, significance and consistency.

Last updated on September 19, 2022
Staff Reporter
Our News team is comprised of veteran journalists and student interns with a passion for recency and relevancy.
View All Posts

How to Create a Human Resource Plan

7 Simple Ways to Market Your Book and Brand Organically