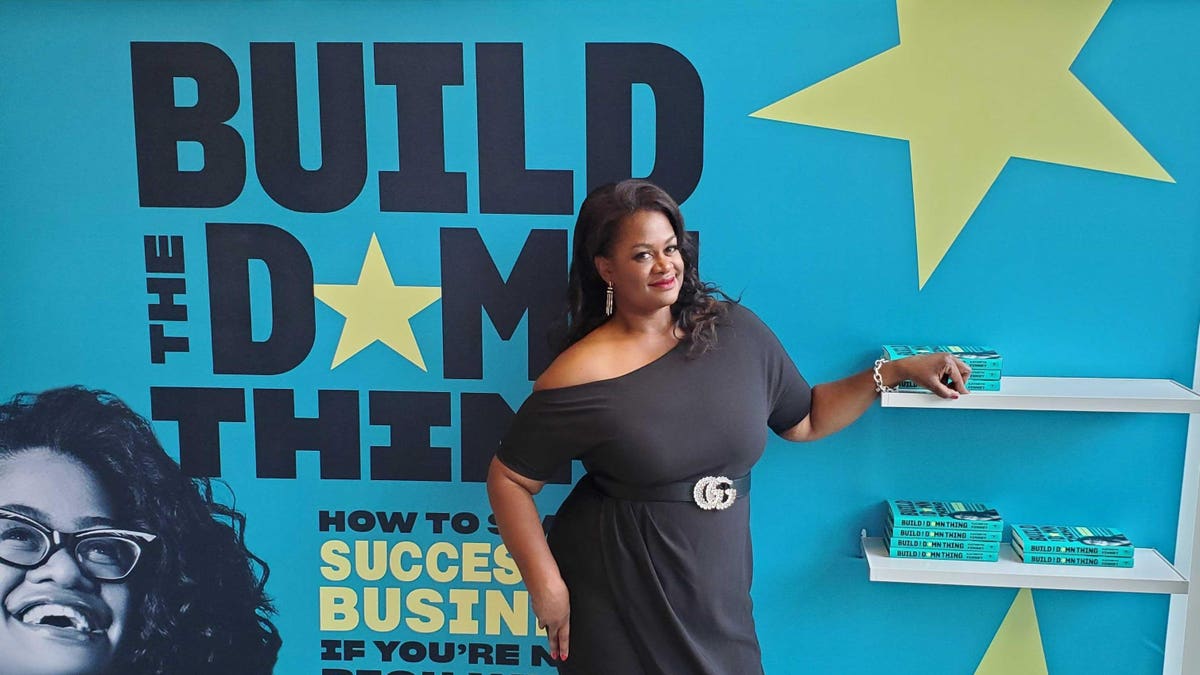 Kathryn Finney, author Build the Damn Thing: How to Start a Successful Business If You’re Not a Rich … [+] White Guy and managing general partner at the Genius Guild

Let’s face it; the world is not a meritocracy. Those who come from money, go to elite schools and have connections start with a leg up. “These identities can get you into doors,” said Kathryn Finney, author of Build the Damn Thing: How to Start a Successful Business If You’re Not a Rich White Guy. Everyone else—BIPOC, women, and people from lower socio-economic classes—hasn’t got the same access.

Whether you call them entitled or privileged, they are allowed to fail and come back. Think Adam Neumann, cofounder of WeWork, who was publicly fired for his bad decisions and reckless leadership style. He recently raised $350 million for a new startup, Flow, from Andreessen Horowitz.

But those without access do succeed, though they have to try a lot harder than those with access. Finney did it. She:

Based on her experience, she wrote Build the Damn Thing, in which she provides a roadmap for entrepreneurial success.

Whether or not angel investors, venture capitalists, or others are aware of it, they prejudge founders based on their experiences. It’s called pattern matching and is an example of unconscious bias.

“If you don’t match their historical pattern of success, you are deemed as ‘risky,'” exclaimed Finney. “Pre-seed startups don’t have business metrics. [Angel investors and] early-stage VCs are guided by their gut.” When you’re successful, you don’t think about changing how you do things. The truth is that investors are not tapping all the bright ideas and know-how out there.

The problem with being guided by your gut instinct is that it limits opportunities and innovation. Others see holes in the marketplace, have bright ideas for filling them, and can be successful. A whopping 93% of venture capital is managed by white men, according to data from Richard Kerby at Equal Ventures. Think how much more innovation, job creation, economic growth, and wealth creation there would be if they broke out of their pattern-matching ways.

As an under-estimated entrepreneur, you have to build the path to access. “That does make your entrepreneurial journey longer,” said Finney. Her tips for success:

Do a self-assessment: Understand your strengths and weaknesses. You will need to hire people who have strong skills where you are weak. “I do a self-assessment every couple of months, just to make sure that I’m focused on the right thing and that I have the right tools, resources, and people around me to accomplish what I need,” said Finney. She does a basic SWOT (strengths, weaknesses, opportunities, and threats analysis).

Know your core values: “I use my core values as my Northstar,” stated Finney. “It becomes the metric I make decisions with, particularly tough ones.” Entrepreneurs receive a lot of advice, and often that advice is contradictory or doesn’t sound quite right. She asks herself, “Does the advice align with my values, is it in line with what I believe to be true and how I live in the world?” Knowing her core values helps evaluate potential partnerships and leave relationships that no longer align with her values.

Determine the type of business you are: Being a founder of a startup and raising angel and venture capital sounds sexy. The reality is that 99% of entrepreneurs don’t raise equity financing, and most people start small businesses. These businesses may be high-growth and may generate millions, tens of millions, or even hundreds of millions of dollars. Still, they are not appropriate for angel and venture investments.

Many people say they are the founders of a startup. But founders of startups are generally starting companies with the potential of scaling globally into large companies. These companies are likely technology businesses or tech-enabled. They have high upfront costs, and their businesses take time to build market traction, but they have hockey-stick growth when they do. Those who raise equity financing will exit their companies within five to 10 years by selling them or going public.

Small businesses are often locally focused. They may use technology, but it is not usually core to their business model.

Know your financing options: Whether a startup or small business, most start with an infusion of cash from the owner. If you’re lucky enough to have friends and family who can afford to, they may gift, lend, or invest in your business. You may do a rewards-based crowdfunding campaign in exchange for an early product version or a trinket. You may also do a Regulation Crowdfunding (Reg CF) campaign by soliciting relatively small investments from many people through online platforms.

When small businesses need outside capital, they are most likely to seek loans from a bank or Community Development Financial Institution (CDFI). CDFIs are one of the best-kept secrets in the entrepreneurial financing world. CDFIs were created to lend money, at reasonable rates, to under-estimated small businesses that commercial banks deem too risky. Borrowers receive free guidance to help them succeed. Technical assistance may include assisting entrepreneurs in creating a budget with projections, producing financial statements, developing a business plan, and improving or establishing a credit score. Small businesses may also consider a merchant cash advance (MCA). These can be expensive, so make sure you do your homework.

Build the damn thing: “I can’t tell you how many would-be entrepreneurs come up to me and tell me about their great idea,” said Finney. “I ask them to show it to me, and they haven’t built it yet.” Her advice, “Get it out!”

Patience and persistence are necessary: “It’s going to take you [an under-estimated entrepreneur] longer than privileged white men,” said Finney. It’s not fair, but it is the reality.

How will you get your venture started?

How to Quickly Adapt to Change and Future-Proof Your Business